Security and tools for organising

We need to update this page from testing these tools on the ground. Some tools have worked, some have not.

In the meantime, see the Tools guide – July 2020 by Glenn Todd

This guide was created to strengthen Community organising and to support individual organisers.

Activism consists of efforts to promote, impede, or direct social, political, economic, and/or environmental reform or stasis with the desire to make improvements in society.

These community groups are leveraging the benefits of digital technologies such as social media and databases that are leading to some big wins in addition to the inspiration of overseas revolutions such as the Arab spring. Digital technologies enable organisers to reach out to more people and organise their events the most effectively than ever.

This potential, also comes with its drawbacks. Our systems increase the government’s ability to undermine our work and to target individuals with in our systems.

We have had a history of government and corporate informants and agents infiltrating community movements and targeting individuals within these networks to gather intelligence. Our Government have passed laws such at the mandatory data retention scheme to improve their intelligence-gathering capabilities. By applying big-data and data-mining techniques to the retained metadata, it is viable to map the members of an organisation, even if the content of the communication was encrypted.

On a federal level, the government is a partner in the massive Echelon spying system and on a local level, WikiLeaks revealed the NSW police spent $2 million on targeted spy/hacking software called FinFisher. (Source SMH, ABC)

Then we have Facebook and Google who have created the most sophisticated personal profiling engines ever built. Our government relies on the data hoarded on these social networks as shown in the annual reports published by Facebook and Google themselves (Source CW, FaceBook, Google)

Edward Snowden has given us hope that we can protect ourselves from spying by revealing security systems such as encryption are working. The Director of National Intelligence (US) claimed that his revelations advanced encryption by seven years. (Source)

This guide outlines the basic functions used by digital organisers and offers safer alternative tools. These tools must also be used in conjunction with safer general working practices within your groups, also called operational security or #opsec.

Although OPSEC is related to technology, it is a higher-level concept. It is a set of practices for protecting information and the operation of a community group. For a general introduction, read The Grugq’s intro on Opsec-for-hackers.

For more information on security concepts and working more securely with groups, please see the “Digital security for everyone” guide as well as this collection of links to more security resources.

Please note that the safety of tools can change suddenly if we learn of new exploits or risks with tools. Also remember if your device or that of your friends has been compromised with a backdoor at a system level, this will also compromise some of these tools.

Backdoors like FinFisher will log your keystrokes, take screenshots or turn on the microphone. Signal will not protect your messages if a backdoor is running on your device. Please use these recommendations in context with some healthily cynicism and common sense.

Disclaimer: The following list attempts to suggest tools and practices based on the typical collaboration activities the community groups do. This list does not try to be comprehensive, nor provide 100% protection. The recommendations might contain errors and may get outdated fairly quickly. We suggest you to study these tools and be aware of their weaknesses and limitations – and you make the ultimate decision whether these tools can help you in your unique situation or not.

It is important to know that regular phone conversations or popular VoIP tools like Skype or Google Hangouts have wiretapping capabilities built-in. Authorities can request Microsoft to record and hand over conversations with a warrant.

As a community activist, you need to write documents and collaborate with others to write or review them. Google Docs and similar tools are not encrypted: authorities can request Google to hand over who contributed to a document and what the content of the document is.

This is a secure, end-to-end crypted document editor. The big difference to Google is the encryption: the server hosting CryptPad cannot peek into the content of the documents.

Dropbox, OneDrive and similar tools are not encrypted: authorities can request the hosting companies to hand over who contributed has accessed a shared file and what the file is. Dropbox transparency report reveals the number of warrants presented.

We should use end-to-end encrypted services like Sync, where although the metadata can still link the collaborators together, the content of the files are safe from the prying eyes at the service provider.

For sharing files on an ad-hoc manner:

OnionShare operates over the Tor network, which conceals of the metadata related to the file share. It can keep the linkage between the two partners concealed, assuming these partners are only using Ricochet to communicate with each other over the Internet. Any other method (Signal, PGP) can establish a link between the two parties.

Slack, Google and similar tools are not encrypted: authorities can request the hosting companies to hand over the user list and the chat logs. Even if you delete a message on Slack, we cannot be sure Slack actually deletes them from their servers or their backups.

This area is a MASSIVE GAP in secure organising. Read about the issues here. Many organisations are moving to hosted solutions such as Nationbuilder and Mailchimp (just to name two). Current open-source or secure options are are losing  seen to be less advanced and user friendly. Having your data hosted on a private company’s servers allows law enforcement access, and requires you to trust this companies ethics and ability to secure their system.

Typically the backdoors are distributed through phishing emails or MMS messages

These won’t protect you from Finfisher, but provides some protection from mischevious hackers / casual attackers:

Turn on disk encryption AND login passwords AND auto-screen lock

If possible, leave all your electronic devices home. Don’t use Opal cards and bank cards linked to your name.

Notes: walkie-talkies are not secure either

You can consider installing video streaming or recording apps on your phone to document what is happening around you.

Even if you’re using Cryptpad, the computer might be backdoored by the authorities. Live in the 60s again, meet in-person instead and use the good old pen and paper combo

See our other security Guide: 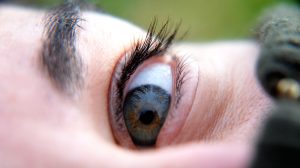 Digital Security for Everyone
For beginners and non-technical people with the aim of increasing security across our whole community.